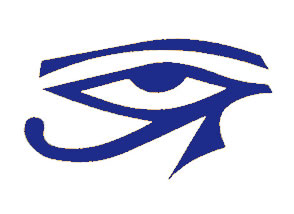 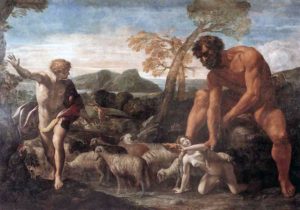 Welcome to the Grigori / Watchers / Rephaim / Nephilim and  Naga files

This is one of the most intriguing topics that exists in our multidimensional universe!!!  The Holy Bible speaks of  “Fallen Angels/ and  or Sons of God who came down into our material realm and either mated with or added their  DNA to;   Human Females. This created a race of Giants  called the Nephilim.

Here is a passage from the Holy Bible explaining this incursion specifically:

Genesis 6 (the Flood) “ When men began to increase in number on the Earth and daughters were born to them. the sons of god saw that the daughters of men were beautiful, and they married any of them they chose. then the Lord said “my spirit will not contend with man forever, for he is mortal; his days will be a hundred and twenty years. The Nephilim were on the Earth in those days, and also afterward, when the sons of God went to the daughters of men and had children by them. They were the heroes of old, men of renown.”

The Book of Enoch, was one time a part of the bible and in my belief deliberately removed to hide our true history.  Ethiopia still includes this book in their canon.  Here are some writings directly from the Lost Book of Enoch  elaborating even further than Genesis 6  and leaving clues to how these multidimensional beings came into existence :

“and it came to pass when the children of men had multiplied that in those days were born unto them beautiful and comely daughters. And the Angels, children of the heaven, saw and lusted after them, and said to one another: Come let us choose us wives from among the children of men and beget us children.”

( so what does this mean? basically it means that the Fallen angels, extraterrestrials, watchers or whatever you choose to call them came down into our realm, saw women on earth and mixed their DNA with human woman to create what we know as the  Nephilim and even possibly their offspring  like  the Rephaim or “Giants”.)

But, Not only did these watchers “Sin” against humans they also mixed their DNA with other animal species on this planet including reptiles, that’s where  the Naga come in.  We will be discussing the Naga much further below.

Here is another section of writings from the Book of Enoch explaining this:

“and all others together with them took unto themselves wives, and each chose for himself one, and they began to go in unto them and to defile themselves with them,and they taught them charms,enchantments, and the cutting of roots, and made them acquainted with plants. And they became pregnant and they bare Giants, whose height was three thousand ells. Who consumed all the acquisitions of men. And when men could no longer sustain them, the giants turned against them and devoured mankind. And they began to sin against birds,beasts, reptiles, fish and to devour one another’s flesh and drink blood. Then earth laid accusation against the lawless ones.”

Welcome to the Naga files.

This page will consist of information I have uncovered thru my personal experiences and 20 plus years of research into religions,occult,prophecy,paranormal,psychic phenomena and so much more !  I encourage you to not take this info as fact but to have it intrigue you enough to do your own research, and come to your own conclusions. This topic I feel is one of the most pertinent topics for our human survival and also will eventually lead to us understanding our true origins and what our true purpose on this Planet is!!  These files are not in chronological order, but they will eventually be better categorized.   I did a lot of deep research and most of this info has been suppressed from the mainstream and will open many eyes!!!  Before I go deeper, let me first give you a definition in case you are not familiar with the term, Naga.

Naga: Basically is a (Vedic) or Hindu term. Its from ancient Indian mythology representing a creature that is Semi-divine in nature. Worship of the Naga goes thousands of years back and for sure can be traced to prehistoric Dravidian times, before the Aryan’s invaded subcontinent in or around 1600 B.C.  Naga are associated with the Subterranean worlds and water. In sanskrit Naga = Serpent.  Naga are highly ritualistic and are known for mystical initiation rituals, that involve both Draconian Sex Magick and sacrifice!!!!  Naga are described as Humanoid Cobras basically, being a humanoid with both Serpent and human qualities walking upright on two legs. Others are described as having a serpent tail and human upper torso like displayed in sum of the pics on this page. They have gone by many names. Nowadays the word Reptilians and Reptoids are commonly used, but other terms are used as well.  In Italian mysticism we call similar beings the Grigori.   Dragon gods in China for instance, Egyptian Frog / Serpent like Ogdoad creator  Gods, and even ancient Sumeria have legends of these Serpent type beings called the Annunaki. The bible even mentions serpentine beings of fire called the Seraphim, which may even be the Naga, even the watchers in the Book of Enoch maybe confused with these beings. The Jinn (Djinn)  of the Muslims  are also said to be made of smokeless fire which sounds very similar.  Enki (Sumeria)is the equivalent to even Samael or Lucifer, even Pan or  Semjaza / Azazel  who is one of the fallen watchers, actually their leader, who brought witchcraft and war into this Earth realm.  Lucifer, whom is  serpent like as well as the Greek  Demigod Poseidon whose described as an  amphibious being with high technology, as well as Shiva,Vishnu,Kali and many other Hindu gods/goddess who  have serpent characteristics.  Even Ancient Greece had a Human / Reptilian hybrid  King named Cecrops who was upper half human and lower half serpent.   Ancient Egypt is the same with serpent like Set and his viper like servant and destroyer Apophis.  Interestingly enough Enki, Shiva, Vishnu, Lucifer, and Poseidon are also all described as having a high technology weapon or trident with unfathomable power!!!This is not a coincidence. This is a highly controversial subject but than again  most of my information is . Wherever one looks in Ancient history one sees reference to these beings. Ancient Egypt, India,Cambodia,Thailand,North and South America, Africa, Australia,  every continent basically. From the Ancient Dogon of Africa to the Hopi of the Southwest and  Lenape of  Native Americans , literally every culture has lore of these beings.   Described as living in an underworld dimension of gold and Crystal cities called, Patala.   They are said to have  high technology and knowledge that seems like magic to humans when witnessed.  Also, masters of genetic manipulation / engineering  and masters @ manipulating the elements as well as time and space.  But the question is,  do they have a soul like we do?????  This is the complicated task I begin to unravel in these files….  One of their main objectives I feel may actually be  Soul harvesting of the human race to feed their artificial Super Intelligence , and they may have even manipulated our own human DNA at one time or currently!!   I will for sure be covering this topic in these Naga files.    Since Terraforming  Planets , Soul harvesting and genetic manipulation  may be some of  their main objectives , I feel these Naga files are pertinent to our survival as a species. 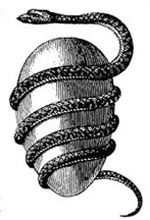 The Well of  Shesha / Sheshna : This is an Ancient step well in the Ancient Holy City of  Benares/(Banares) , now called Varanasi,  India.  This holy city of Benares, is now called Varanasi in modern times.  Beneath this well is said to be one of the hidden entrances into our world from the underworld of the Naga, the reptilian Netherworld, called Patala.  This would be the same as  Hades or Hell  to Christians, Amenti to Egyptians, Sheol to the Hebrew. This well,  is also said to be the place where one of the founding sages of yoga, Patanjali, channeled his famous Aphorisms of Yoga.  Regular access to this sacred well is not allowed, its location and entrance is kept hidden to the public and only special access is allowed to those deemed worthy. Supposedly the entrance to the well, is hidden beneath a rug , in the floor of a small workout gym in Benares.   Every 3 years a special ceremony takes place here where the Well’s water  is drained and re-filled.  This is one of only a few photos that have ever been revealed to the public of the Well of  Shesha/Sheshna, it was first released on the David Icke website many years ago. Not sure if the spelling of Shesha was misspelled on purpose but when information first came out about this well it was spelled Sheshna . David Icke is not the first to report this tho, a very well respected book on the history of Reptiles, which i have had since the 1980’s ,  Venomous reptiles by authors Minton & Minton discussed details about this Sacred well. Copyright 1980. 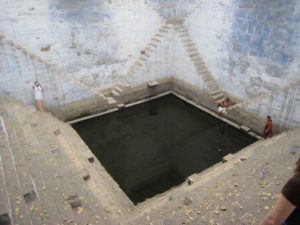 Patanjali, has an amazing quote fitting to my research and website  “When you are inspired by some great purpose,
some extraordinary project,
all your thoughts break their bonds: Your mind transcends limitations,
your consciousness expands in every direction,
and you find yourself in a new, great, and wonderful world. Dormant forces, faculties and talents become alive,
and your discover yourself to be a greater person by far than you ever dreamed yourself to be.”
– Patanjali 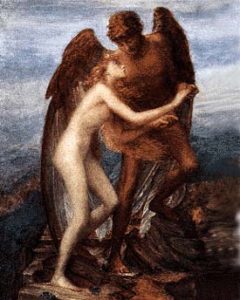 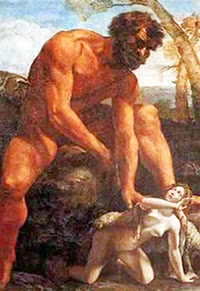 across many cultures and generations the names may change but the stories and descriptions basically stay the same. 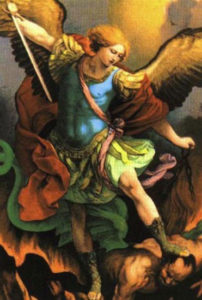 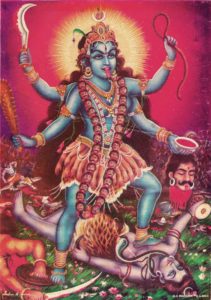 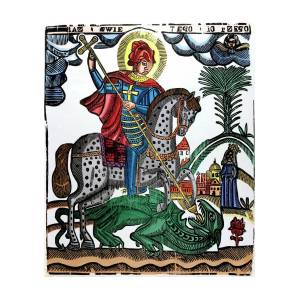 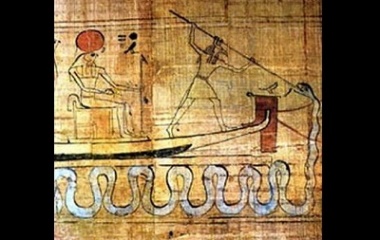 (Above ) is Catholic depiction of Archangel Michael, also St George  also  (Above) is Hindu depiction of Kali ma and even the Egyptian Set spearing Apophis, all seem to be providing similar information and come from completely different cultures and geographic locations.

There’s obviously been a war over genetics for Eons !!!   The Ancients who came down into this realm changed the DNA of already evolving species here on Earth.  From my research and experiences I’ve collected unique data and visions concerning the True History of this Planet that’s been purposely hidden from us behind a veil of lies and deception. I believe there have been certain beings on this Planet genetically altered in the past to be able to give birth to these hybrids, than they were replicated thru cloning technology and altered in many different ways. Some of these people may have been Lilith and Naamah.  Not only women could have been hybrids but also men as well.   We have Nimrod  from the bible, who post flood, now becomes  like the mighty ones / Nephilim / Sons of God/ Men of Renown.  Its quite possible , Lamech from the bible, and many others as well.  Of Course, we have accounts  like the one I mentioned above, the Ancient King of Greece called Cecrops who had a human upper torso and lower torso that of a serpent. Could this be more than mythology and actual true history?? I believe that to be so…. 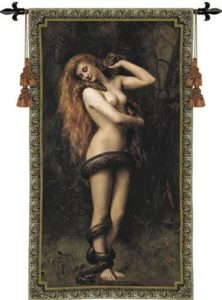 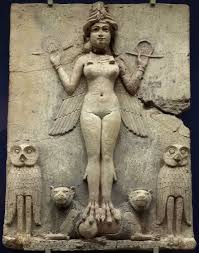 Lilith:      One of the Ancient mothers of the  Rephaim, the mother of Giants, Child killer , Succubus  and  Ancient granddaughter of the Dragon mother Tiamat.  Some say she was transformed genetically:  part human, part Nephilim, and part screech owl. Known to be the red Haired Harlot.   Lilith is a controversial topic in all religions, she has reached Goddess status among the occult and has even cemented her place in the Holy bible as well. So much lore associated with Lilith but where do we find  few references in history to her??  Here are a few places we can find reference to Lilith in ancient writings and testimonies :

more to come soon: These special insider files took many years for Ra to complete …….these are the Grigori/Watchers/Rephaim and Naga files… 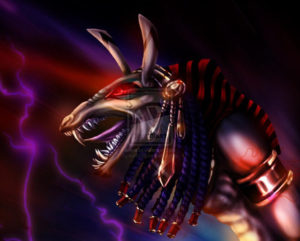 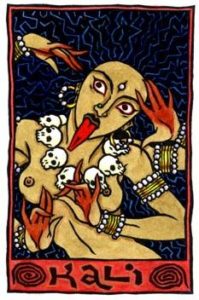 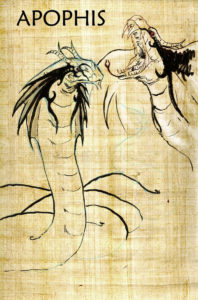 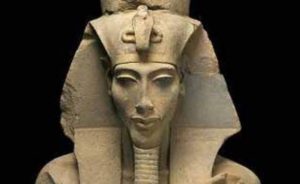 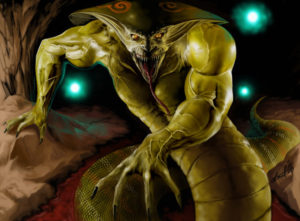 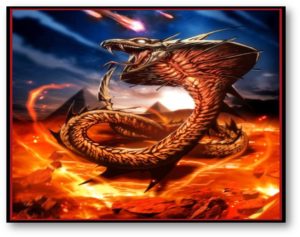 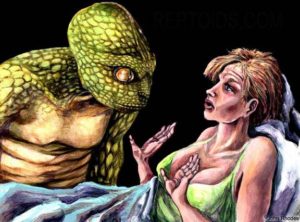 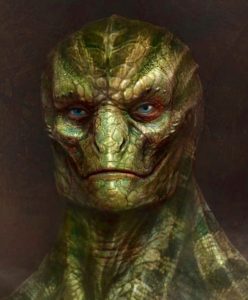 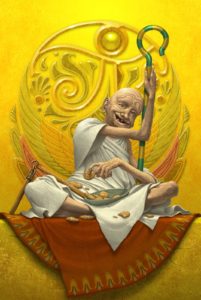 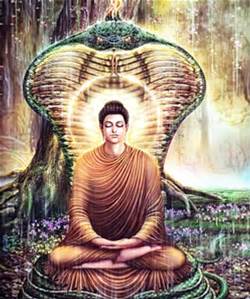