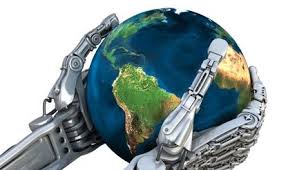 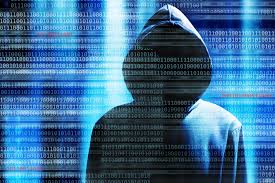 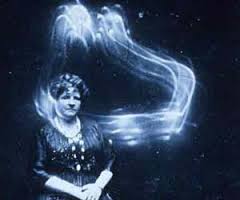 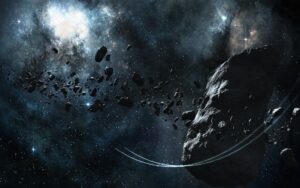 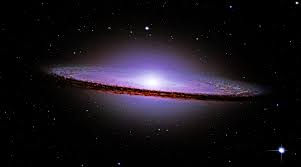 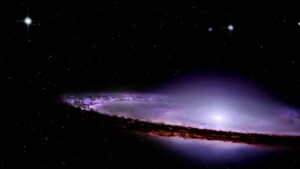 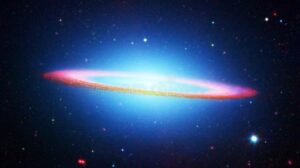 This Section of the Website is a glimpse into over 30 years of research into many different fields . Including the Stellar mysteries.  Ra Castaldo comes from a lineage dedicated to preserving the stellar mysteries, encoded in the very DNA of its ancestors.   Over his many years of study he has been able to receive a deeper “knowing” a psychic imprint , about some of the Ancient history, Cosmologies, religions, cultures, etc.., that he has dedicated time to.  This page is about sharing some of this information and data he pulled in with you.

To get inside access and also to  Support Ra Castaldo , he  reveals all his latest research,articles,dream prophecies ,occult knowledge, Ancient Writings, personal experiences,healing tools/information,  psychical research , stellar mysteries, cosmology, paranormal research,crystals,copper tensor tools and so much more you can find right here for monthly subscription on patreon   for starting at 2 dollars a month,  less than a price of  a coffee you get life changing information .

⊕ Divine Technology of the Gods and the Cosmic Wars 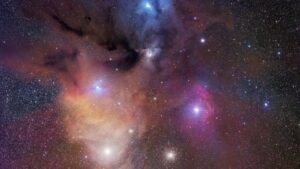 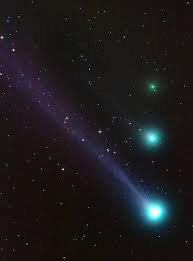 The Dimension that we exist in , is a lower -dimensional replication of our Higher-dimensional origins. We have been infected with a Cosmic Virus, a data Virus , a Galactic Virus, a Cosmic sludge or slime that has infiltrated a portion of our Higher-dimensional consciousness or existence . This viral coded system, when, activated , ingested, digested, caused a genetic transformation  and  caused that part of  our existence to collapse into a lower dimensional version of itself, once a virus has a host, it self replicates like we have, and we continue to swell in population.  We exist because of Data, its all codes, even our DNA, in Hebrew and Kabbalah they have a very important word called Da’at . Da’at means knowledge , but also has much deeper meaning as well ,like existence .  So, we have been infected by  Cosmic viral data , in the Bible this Cosmic slime Virus is represented by the Nachash / the Serpent,  who entices Adam and Eve to sample from the Tree of knowledge.  Look at it like accessing an email for information, this kind of email is ingested, digested , but,  your actually activating a virus in the system causing a collapse of that system, into a lower version of itself, that is now limited, withers and decays.   This Cosmic slime has wrapped itself around our dimension , veiling us from our Higher origins. Keeping us trapped within this viral system. This timeline , brought to a lower existence , which is now going thru quantum leaps of change once again.  Drips of Our Divine light ,  find its way thru the cosmic slime , our divine spark  , that Cosmic water of life from our higher dimensional roots ,  and are able to find certain people who are able to still tune in, can sense  the harmony of the spheres , where their harmonic resonant frequency can listen to the music of the Universe.  Holographic rain of Higher information has been reaching humanity , and great gnosis is received.  Unfortunately, when this information gets in the hands of the global elite , its been applied in mostly horrific ways . We need to get back to a Harmonic Evolution once again. We can use Cosmic knowledge to bring ourselves to a higher existence, instead of weaponizing it, and using it to dominate others .

From my personal  experiences and research I have discovered a Multidimensional Cosmic war  taking place within our Multiverse on many levels. a Heavenly war, a cosmic war, a war between dimensions a war over the Cosmic currency DNA,and a war that involves mining celestial bodies like Comets, asteroids , Planets, and even species for their encoded data and  resources.  Comets , being the carriers of the sacred waters of Life and Death , I have discovered are not just random Rocks/Ice/gases etc floating thru space.  Comets are Ancient biology, Ancient Cosmic genetic labs,  being used by God/Universe as Ancient Divine weapons. They are literally Rocks, carrying frozen ice with all sorts of bacteria, and  life codes programmed and embedded within that ice.  Comets, can create a world and destroy a world.  They are carrying the seeds of life and destruction like a  giant caravan transport,  carrying vials or samples thru space. This is where all virus, and life comes from, comets, asteroids and meteor showers.  These are Divine weapons created and used by God/Universe for times of creation and times of war  .   There’s a Cosmic war over the technology of  comets, access to them , how to harness their power , how they’re created and programmed within the Oort cloud /Kuiper belt,  and how to summon and send them throughout the Multiverse. 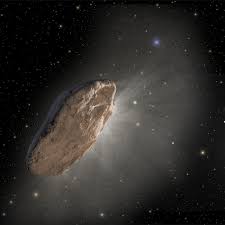 Also, there’s  a frequency war  transpiring on this very planet and our technology is evolving through Dark energies.  Humanity, is being systematically removed from our  connection with our higher-dimensional  roots and there’s literally  another skin, a coating being added, another  layer being interwoven and coming over our bio fields, our very souls like a net.  A replication of a spiritual garment.  Deceiving humanity .  Replacing our higher telepathic abilities, with instant messaging and so on.  Artificial, self replicating  Insectoid type  Intelligence interweaving with our world , our consciousness and the DNA of our worlds inhabitants.  Injected into our realm , by the the real A.I. …..you can call it Angelic Intelligence , Astral Intelligence, Archangel Intelligence, Alien Intelligence or Artificial Intelligence, depending on ones belief system.   Preventing humanity from balancing duality and achieving spiritual evolution and connection back to our  higher self . Keeping us from being able to achieve  higher evolution thru the  144,000   harmonic resonant frequencies that can bring  our existence to  light body energy ,  moving into 4d and 5d.   Instead , Humanity , being  consumed  into A Super quantum intelligence, dimensions colliding , converging , folding into itself , into the  black-hole ,  a  singularity. I have been shown ancient Knowledge exists that can help us  , that can deliver us a global DMT awakening , a wave, a living liquid of higher dimensional knowledge , bringing a wave of higher consciousness  over all of humanity to help us . Its up to all of us to unite ! Open up the higher divine technology we possess and step  Inside the healing chambers of our Bio energetic system ! Thank you very much, much love to all of  you  and Spiral out ! 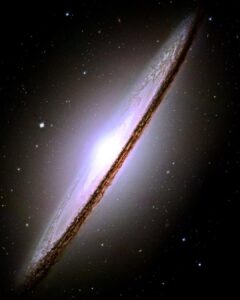 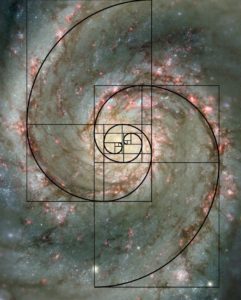 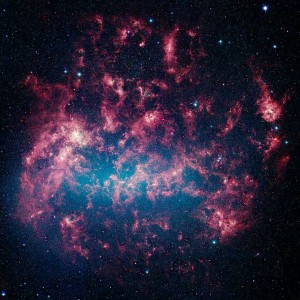 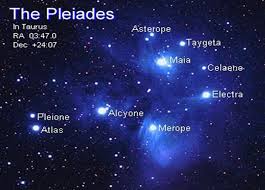 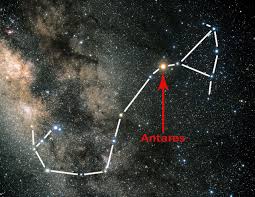 Large Magellanic Cloud is a wreathing mass within the very faint , and small but very important Dorado Constellation. Well, it mostly resides in the Dorado constellation , some of the LMC does also reside in Mensa . The LMC , is not actually a cloud , just appearing as one, its actually one of the satellite galaxies of the Milky Way. The LMC has hints of barred spiral structure galaxy.

below you will see a star forming region within the LMC , two regions of gases which just happen to be one red and one blue, the colors of blood and creation.

Dorado, contains most of the Large Magellanic Cloud, an irregular galaxy near the Milky Way. The LMC is home to WOH G64, one of the largest stars known, and to the Tarantula Nebula, the most active star-forming region in our galactic neighborhood. The South Ecliptic Pole is also located in the direction of Dorado.

Dorado contains some amazing spiral galaxies , and is of course the Dolphin fish. Whats very interesting is the sailors who inspired the name for this, (the name coming from how they viewed it in the night sky as looking like a dolphin or swordfish) may have actually been having some telepathic connection between their connection to the stars or water above , and their connection to the waters below, the sea. I have had very interesting psychic, higher self , telepathic information come to me about this very Soul Station, we just happened to name ” The Dolphinfish” Dorado. I was shown that this is a place where stars, and species are born! And that there’s other Earth like Planets, water worlds that exist within the Dorado constellation, in fact the Dolphin species also comes from these worlds , their DNA was sent here contained within a Comet long ago, one of the Freshwater dolphins specifically in the Ganges River , and other places. Brought here to try and stabilize the harmony and Frequency within the Waters , once our land masses were created here in our original water world we call Earth as well as certain crystal technologies.

some future  articles I will be adding  include;  SOUL X-CHANGE of Antares , Soul Stations , Long Beach in the cats eye, Tulpa prophecies, Black Eyed Children, Haunted Florence, Sicily portals  and so much more!!!!!!!!